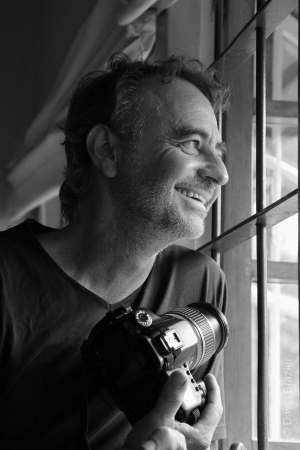 After studying photography and photojournalism, David Brazier has established a fully-equipped studio in Harare with a wide ranging repertoire catering to the needs of commercial, development and arts clients in the Southern African region and beyond. With over 30 years experience, Brazier embraces projects from aerial and location work to studio assignments.

Brazier has documented the work of sculptors, painters, musicians, dancers and actors, including covering the Harare International Festival of the Arts from 2005-2014. He has exhibited his own creative work in local and international exhibitions in the United Kingdom, France, Mali, Mozambique, Cuba, Germany, Italy, Netherlands, South Africa and Spain. He has participated as artists in residence in Joucas, France (2005) and Algiers, Algeria (2009). In December 2012 he exhibited in the Claiming Landscapes online exhibition (http://www.warscapes.com/retrospectives/zimbabwe/claiming-landscapes).